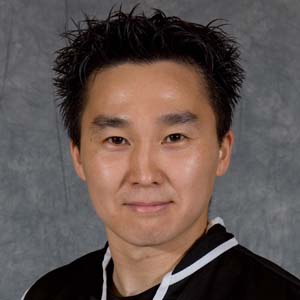 Yas Yamamoto began his study in martial arts in 1990 with Judo (2 years) and Kenpo (3 years).  His practice in Choy Lay Fut began in 1998.  He started training directly under Master Tomizaki in 2002.  In 2003, he received his first black belt in Choy Lay Fut.  He has also studied Wushu at CSU Sacramento.  Yas has been involved in numerous competitions, performances and demos.  In the summer of 2007, he traveled to Beijing, China and studied Wushu for two weeks under renowned Coach Lu Yan.  Yas is currently a 9th degree black belt.  Besides Choy Lay Fut, he also trains Praying Mantis, Shuai Chiao, San Shou and Lion Dance under Master Tomizaki.

Yas holds the rank of “Professor” with the International Traditional Kung Fu Association.

He started assisting classes in 2002, and became an Instructor in 2006.  “Without my teacher’s knowledge, I would not be here today sharing my knowledge of Choy Lay Fut at Tomizaki’s Champions Kung Fu Institute.” – Yas

Yas has competed in Canada, Brazil and throughout the United States, in hand forms, long weapon, short weapon, flexible weapon and San Shou.  He’s brought home many trophies and medals.

His experience in both competition and performance has made him an excellent instructor.