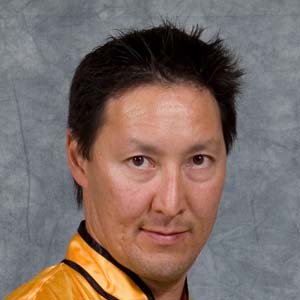 Master Daniel Tomizaki was born and raised in Brazil.  He started practicing kung fu in 1980 under Sifu Dirceu Camargo and Master Li Wing Kay studying Seven Star Praying Mantis and Eagle Claw. He was the first student in Brazil to earn a Black Belt in Seven Star Praying Mantis. In 1989, he relocated to the USA where he started learning Choy Lay Fut under Master Tat-Mau Wong in San Francisco.  He became a sifu in 1997. He is also a black belt in Shuai Chiao under Master Li Wing Kay.   Master Tomizaki introduced the Choy Lay Fut style to Brazil in 1992.  Master Tomizaki is also the co-founder of the International Traditional Kung Fu Association, with his long time friend and partner, Master Marco Serra of Brazil.

His dedication for kung fu becomes obvious when one looks at his list of accomplishments:

He brings the intensity and joy he gets from kung fu to the school.  “More practice makes more perfect” he tells his students as he begins leading technique drills.  He is a firm believer in the importance of repetition and attention to details in order to master the basics, without which the more advanced techniques would simply fall apart.

Although a lifelong practitioner of kung fu, he has played other sports, such as soccer, European handball, swimming, table tennis, track and field events, volleyball, basketball and gymnastics.  His desire to improve himself, to be an “all around grand champion” in every area of his life and to be the best example for his students is always evident.